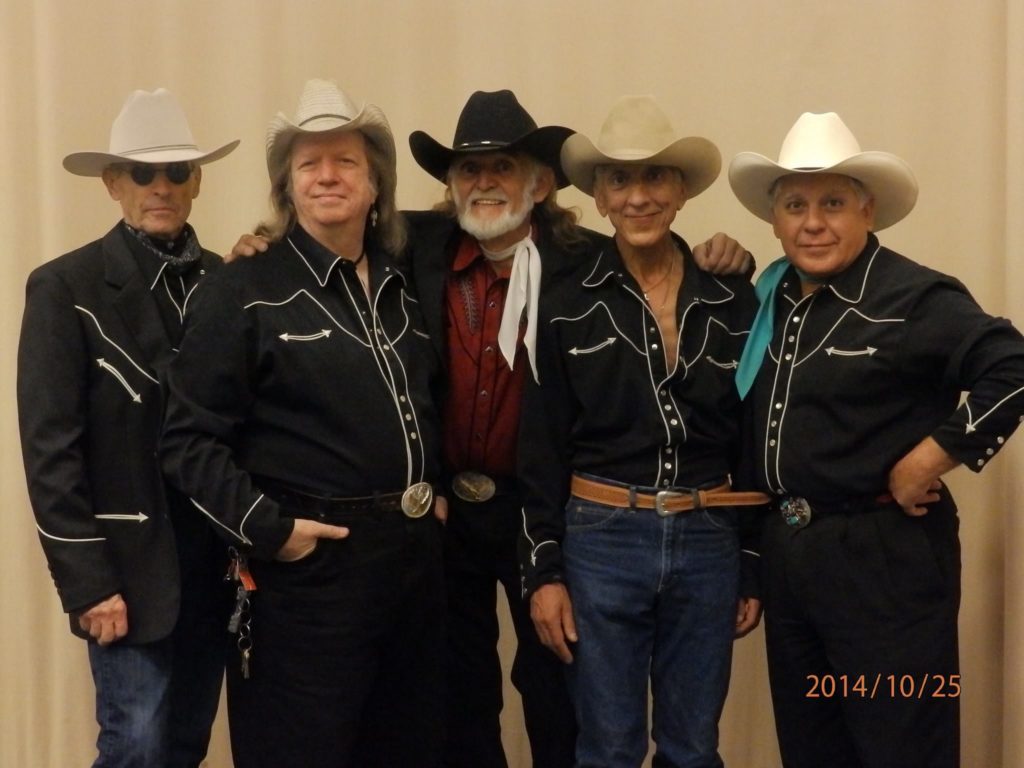 Billy and the Willies is a country band comprised of seasoned musicians. All members of the band are vocalists. On rhythm guitar is Billy J, leader of Billy and the Willies. This band was formed initially as a Willie Nelson Tribute Band. While we still occasionally perform as a Willie Nelson Tribute Band, we do much more than just Willie Nelson music. We play a wide variety from the country music legends such as Johnny Cash, Merle Haggard, George Strait, Hank Williams and too many others to list them all. We also add in some of the old Rock n’ Roll tunes from the 50’s thur the 70’s.
Terry Ferguson, playing keyboards and steel guitar has played with many of the well known local bands such as Dannys Reasons, White Sidewalls, Mambo’s Combo and more. On a national level, Terry has performed with some well known recording artists such as Isaac Hayes. He was also a pianist at Nordstrom’s and Von Maur department stores for many years. Terry is also a proficient drummer and as a musician, Terry can play most genres of music. Terry is a member of the Minnesota Music Hall of Fame.
Dick Roby on bass, also played with The White Sidewalls and the Castaways and many more. While with the Castaways, they recorded the rock hit, ‘Lier, Lier’ with Dick on the lead vocal. Dick is also is a member of the Minnesota Music Hall of Fame.

Joel Garis, our talented lead guitarist has also played with Danny’s Reason and other local bands over the years. While most of his career has been in the realm of blues and rock and roll, he’s had no problem adding great country guitar licks to our country catalog of songs. Joel adds a Rock and Roll and Blues flavor to our band, both with his guitar playing and vocals.

Dan Elliot on drums is a Minneapolis native who has performed with popular mid-west artists such as the Castaways, Delcounts, Whitesidewalls, The Underbeats, and Sherwin Linton to name just a few. Over the course of his career he’s performed from Canada to Branson, and from the East Coast to the West Coast with rock and roll legends such as the Rightous Brothers, Del Shannon Tommy Roe, and many more.
I feel very fortunate to have such a talented group of musicians in the band!