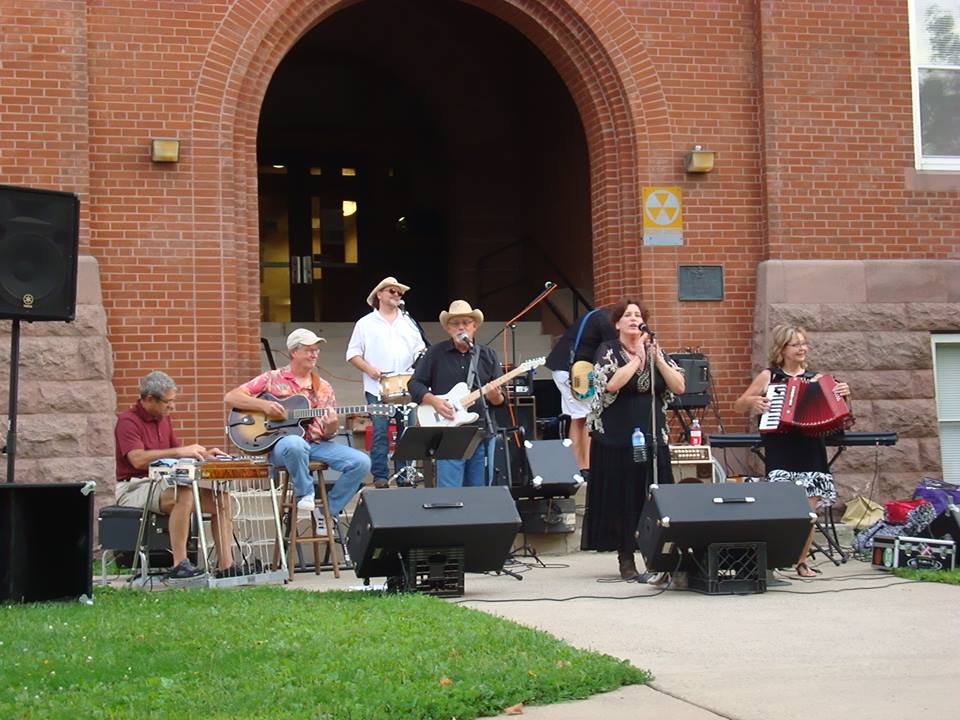 Annie on accordion, too! And Cassie rocking out with the egg. 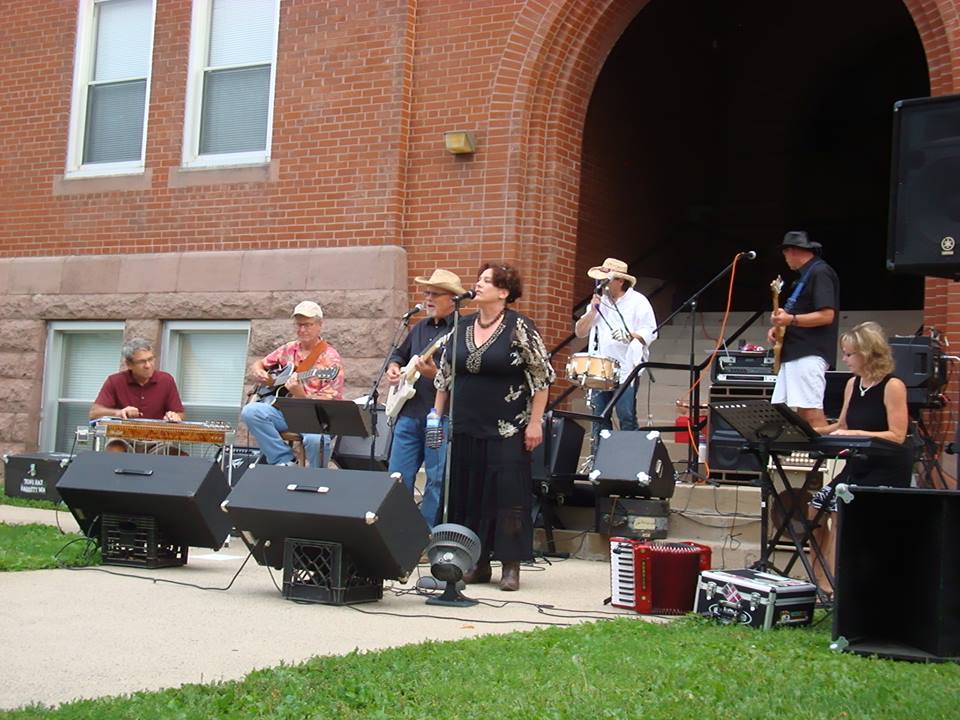 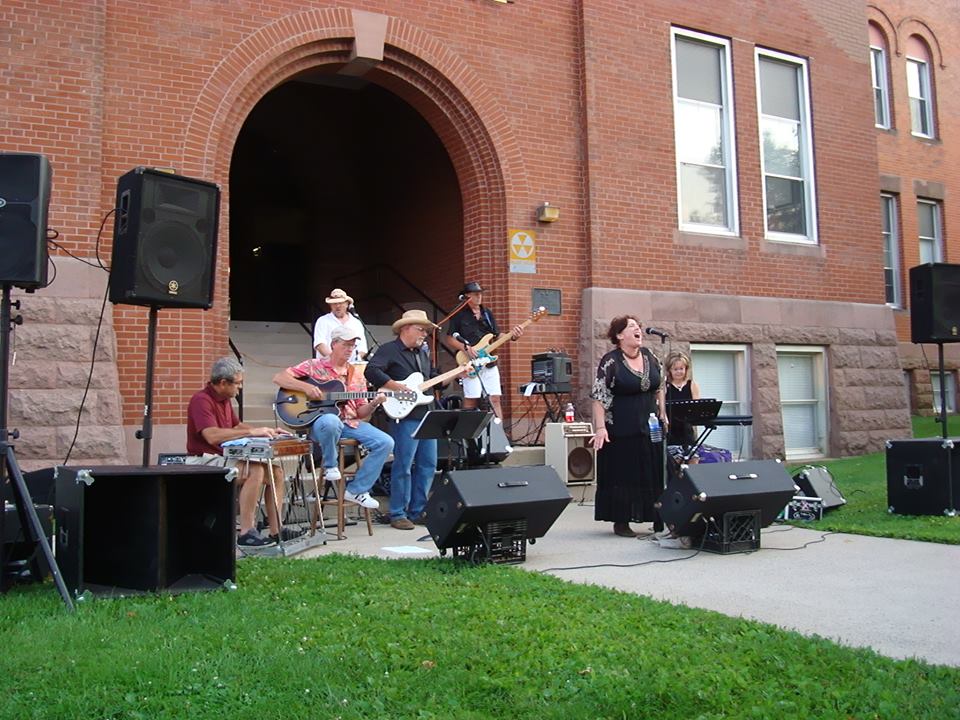 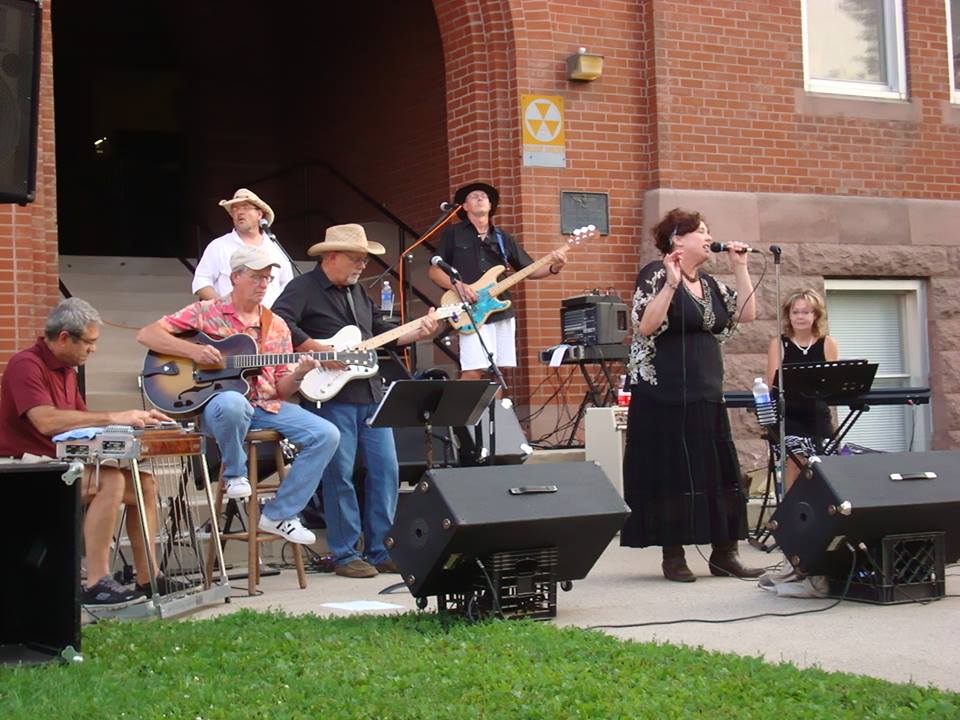 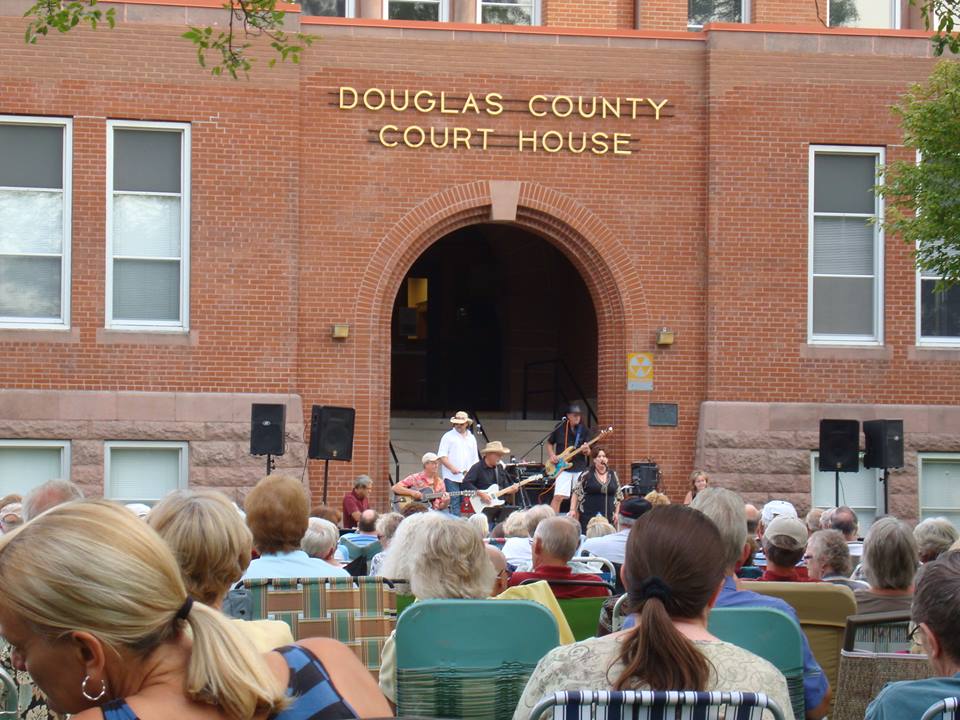 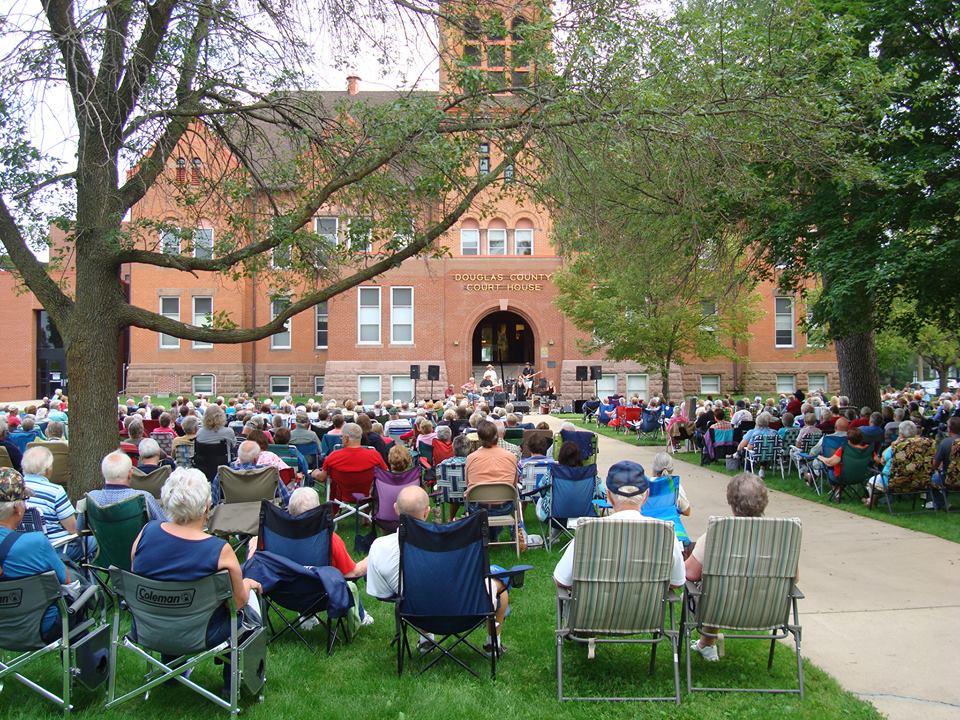 Plenty of folks came out to The Lawn tonight. I saw a few umbrellas just in case, but we didn’t need them! 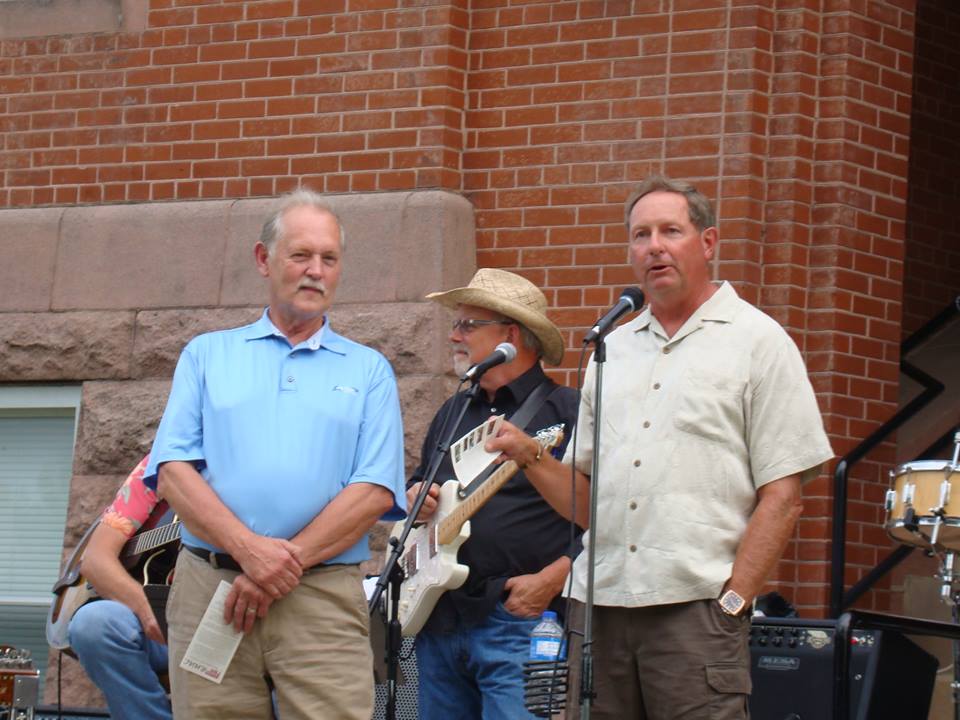 Thanks to Rick Paulson from Alexandria Rotary, tonight’s sponsor. He mentioned their upcoming pork and corn feed and i’ve had those pork chops on my mind ever since! — with Chuck Wencl, Steve Ahles and The Music of Patsy Cline, featuring Cassie and the Bobs at Douglas County Courthouse.